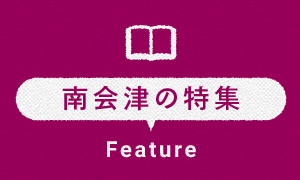 （ You can download this page. PDF 3.1MB ）
Please make use of it for sightseeing in the Minamiaizu. We look forward to seeing you in the Minamiaizu, which is rich in nature, tradition and history.

The Aizu Tajima Gion Festival (July 22-24) has around 800 years of history and is purported to be one of Japan’s three largest Gion Festivals.

A long time ago, Hinoemata farmers imitated the kabuki (a style of Japanese theatre) they had seen in Edo (former Tokyo) and performed it in their village; this is said to be the beginning of Hinoemata Kabuki.

Oze is a natural treasure of Japan, with its numerous mountains and widespread wetlands. It is also known as the birthplace of the “take your trash home with you” movement and also where environmental conservation initiatives are conducted actively.
Mt. Hiuchigatake has an elevation of 2,356m and boasts the highest peak in northeastern Japan; it has also been selected as one of Japan’s 100 famous mountains.

The Tadami Line is a 135.2km train route from Aizuwakamatsu Station in F ukushima Prefecture to Koide Station in Niigata Prefecture’s Uonuma City.

Tagokura Lake is a manmade lake that was constructed together with the dam. From National Highway Route 252, which passes by Tagokura Lake , you can look over the entire lake and the mountains of Tadami.

Tadami Town, which is registered as a UNESCO biosphere reserve, has a 900 hectare beech forest called “Megumi no Mori Forest.”

Minamiaizu has six abundantly varied ski areas. Among them, Takatsue Ski Area has one of the best ski slopes in the Tohoku region, with an elevation of 1,650m.

Yamodo Ryori is the traditional cuisine of Hinoemata Village.

Minamiaizu has hot spring inns located in mountain villages, as well as highland hotels and day spas – a wealth in hot spring varieties. 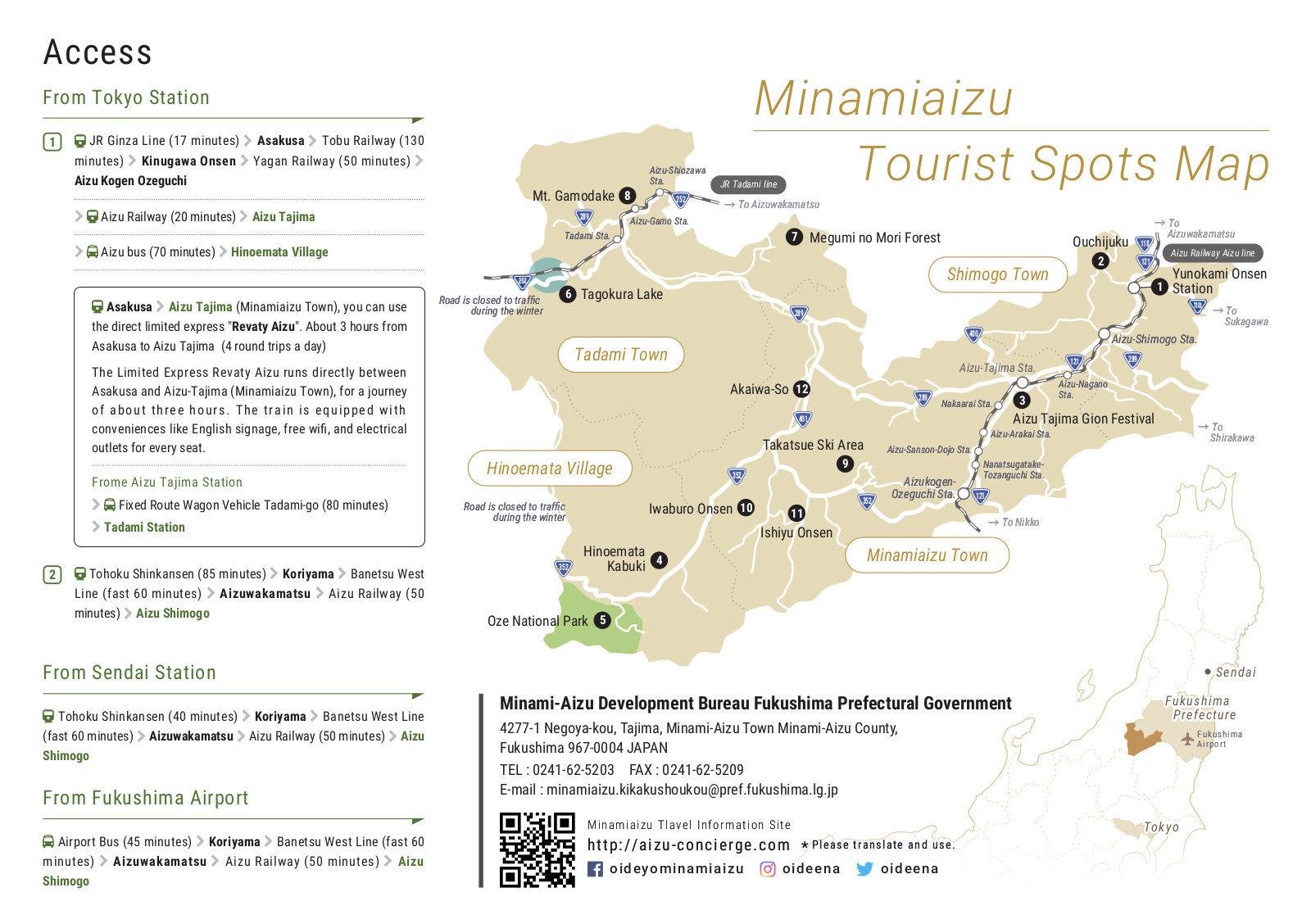 Asakusa → Aizu Tajima (Minamiaizu Town), you can use the direct limited express “Revaty Aizu”. About 3 hours from Asakusa to Aizu Tajima (4 round trips a day).
The Limited Express Revaty Aizu runs directly between Asakusa and Aizu-Tajima (Minamiaizu Town), for a journey of about three hours. The train is equipped with conveniences like English signage, free wifi, and electrical outlets for every seat.